Collabware CLM’s Audit Trail is one of the product's  defining features. An Audit Trail is essential to Records and Information Management, and even has broad application to Governance. In the legal sense, an Audit Trail provides your organization with evidence on what happened to a record. This is extremely important to the core definition of a Record, which should be "reliable and trustworthy". There should never be a question of, “Who has touched this document?”In terms of the Audit Trails' broader application in Governance, as long as you can report on the information found in Audit Trails, you can compile that data into a model of how your organization works. You can assess how long an Item traditionally lives before it is captured as a Record, or how many times it needs to be edited before it is finalized, or how many different users access a given document.

As you can see, Audit Trails are essential to gaining control over your information. With that in mind, I am pleased to share with you an enhancement we made to Collabware CLM’s Audit Trail. This new enhancement is part of the latest version of Collabware CLM, known as Version 2.8.2.

In older versions of Collabware CLM, the Audit Trail remains the same, and it is still a powerful tool. It captures three key pieces of information: Who, When and What. In other words, "Who did it?", "When did they do it?", and "What did they do?"

In Version 2.8.2 of Collabware CLM, we have enhanced the "What" side of audit entries. There is a lot of information that is potentially related to what happened, and we have attempted to capture and display as much of that information as possible.

I'd like to highlight some of the main areas that the improved audit entries deal with including:

With the new Audit Trail, users will be able to know exactly which Category an item was classified and declared to, allowing you to properly track any mistakes that were made in classification as well as verify the history of an item, in situations where the Record was Reclassified or even Undeclared a Record.

Record Disposition and Moving to the Record Center

Previously, the audit trail would only note that some kind of disposition had occurred, and that the Item had been moved. However, this didn’t feel informative enough, so we have broadened these audit entries to specify which disposition action occurred and where the Record was moved from. Knowing where the Record was originally created is essential to establishing the provenance of the Record, so we are especially excited about this improvement.

One of Collabware CLM's significant strengths is of course its Physical Records Management capabilities, and we have also improved on the audit entries for these as well. As you may be aware, Physical Items tend to move from place to place throughout their Lifecycle, as well as fall into the hands of many different people. We’ve tried to bring as much of this information to the audit trail as possible to give your Physical Records extra reliability. 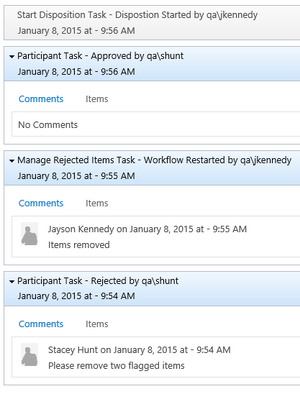 As you can see, using these two information sources, you can easily track what happened to every dispositioned item, even if the Record no longer exists. Collabware CLM allows you to always be able to demonstrate that your approval and disposition process is formalized and trustworthy. However, if an item is rejected through the Disposition Process, as in it is not yet ready for this disposition or is still required by the organization, this information is not fully captured by the Approval List Audit Trail or the Disposition Certificate -- since no Disposition occurred. In order to resolve this lack of information, we have placed extra information into the specific Record's Audit Trail, showing what exactly happened during the Approval Process.

Collabware continues to refine CLM and strives to make it the best records management product available. There are many other improvements we seek to make in the future, and we will always strive to push CLM to be a superior tool. Please stay tuned for further developments. 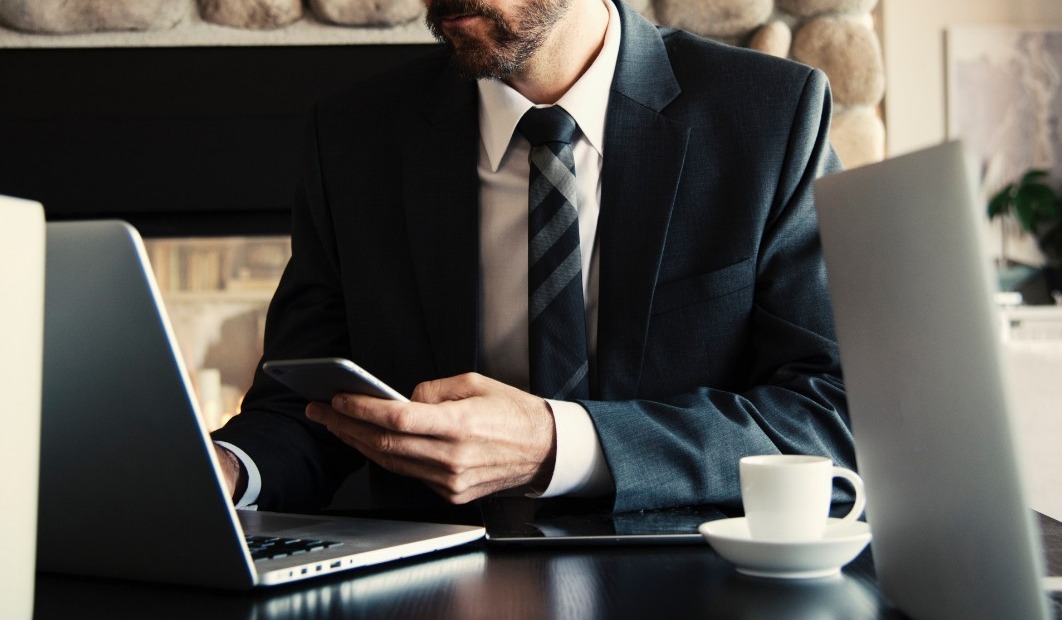 What is SEC 17a-4? How to Ensure Compliance